Become Tipper and order this Bookmark!
Available until Midnight, May 31.

Today we are here for our dear Sariaji’s Bookmark! Also, we’re actually on a crime scene! Will she finds out the culprit? Nothing is less certain! And you, did ya find out?

As promised, today we’ll talk a bit about Ré-Incarnat°! But first, a little info about translations:
Before the end of next week, Layne wants to have translated all “tippers” contents for English readers. All of that to start a new type of early months news on Tipeee : a recap of all passwords for donators only contents of our website.

This will help supporters to not have to check all the old tipeee news to find back content’s password. He even had an idea for a visual to come with it. ^^

Now… LET’S TALK ABOUT RÉ-INCARNAT° ! We’ve started to apply colours on chapter 3’s first pages. Basically we wanted to release those pages in early June. But because of some tasks which had to be done. Finally, it will be more around mid-June/late June, that you’ll be able to read the follow-up of Ré-Incarnat°.

This also come logically because of another little surprise that you’ll be able to discover in early june, and which made more sense to be available on the first week of the month. :3

So in summary, June will be more or less the month where our new release “calendar” will start. Calendar that we’ll most likely adapt in the next months, until we find it to be perfect. 🙂
All of that thanks to the fact that most of Laynaria’s content will be translated in two weeks around, and above that the fact that Tipeee’s rewards will finally be up to date. / o /

So, we leave you there for tonight, with maybe multiple dreams for the month to come! ;3 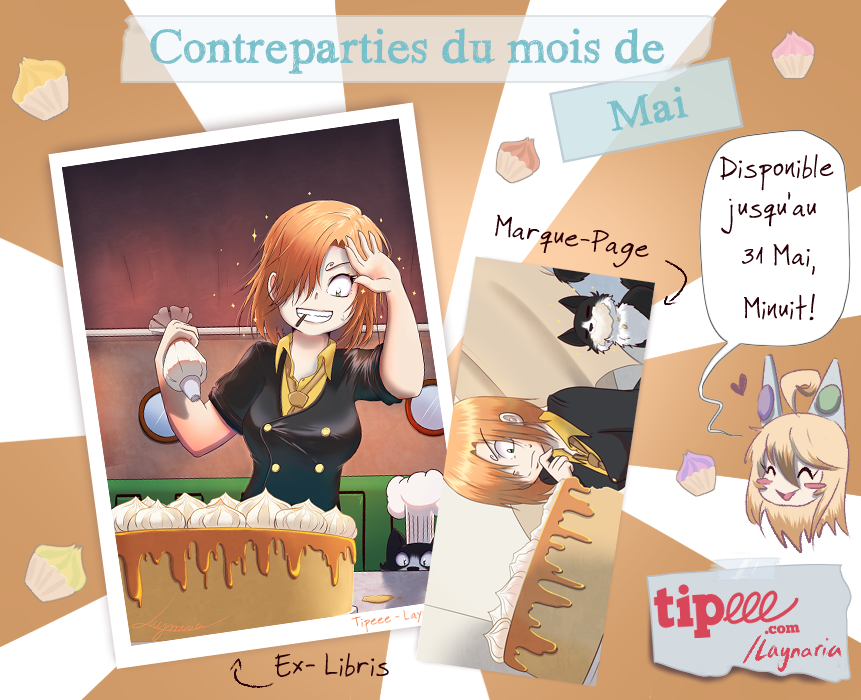