Become Tipper and order this Bookmark!
Available until Midnight, March 31.

Tonight, you will feel a bit spoiled, because additionally to the bookmark, you also get a weekly illustration on another article. :3

But first, let’s talk a bit about our monthly illustration and bookmark. This month them was more or less “a fight against oneself”, we had multiple ideas around the duo of illu/bookmark. At first we were thinking that the “main Aria” would defeat her “shadow”, to make it kinda punchy and around the fact that finally tipeee’s rewards were back on schedule.

But finally, we decided to change the approach, and choose a theme around “acceptation/reconciliation” of oneself, because even if we’re all imperfect, we have to deal with our bad sides. :3

To come back to Tipeee’s paper rewards which are finally back on schedule, they won’t be yet sent. With everything that’s happening around the health crisis, we’re hesitating to send them yet. And since we’re going to start preparing February’s one, we will wait most likely a bit to send the two months together. ^^

We’ll let you know about that in due time! :3
Until then don’t forget to go check our weekly illustration which was also released today. :3 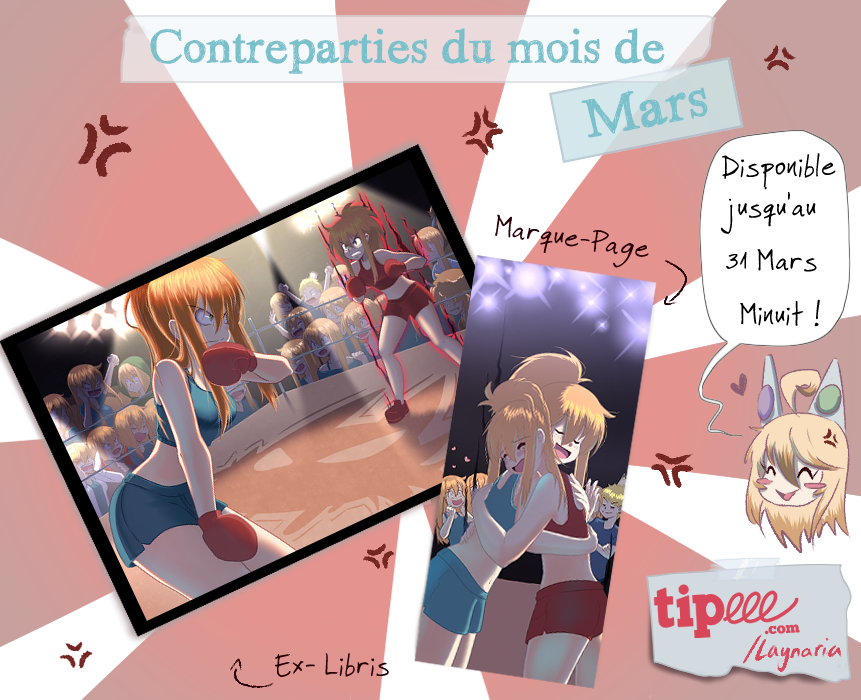