Become Tipper and order this Bookmark!
Available until Midnight, February 29.

Good news tonight, in addition to February’s bookmark release, we also sent Rewards of September, October and November! So tippers of these month should check their letterbox. :p

Also, digital rewards of months behind schedule will be prepared and sent in the next days!
Tomorrow evening, there will of course be the releases of Step by Step and Timelapses of the month. We’ll also have the rewards articles to share! :3

That’s a big program, like always. ^^ Translations of the website and tipeee’s graphic reworks are progressing slowly but surely also. And of course, we’ll work on the rewards of the last month behind schedule: December. And we will accompany it most likely with January’s rewards. So we can finally have finished with those delays.

We’re also working on the follow-up of Ré-Incarnat°, which will finally progress faster once there are no more delays. And now that Layne feels better, he will also finally be able to write the last part of “Unexpected Guest”. Worst as always is that he found ideas for multiple new strips, but this last episode of “Unexpected Guest” must be finished first!

On that note, we leave you there for tonight. See you tomorrow for tippers’ content. :3 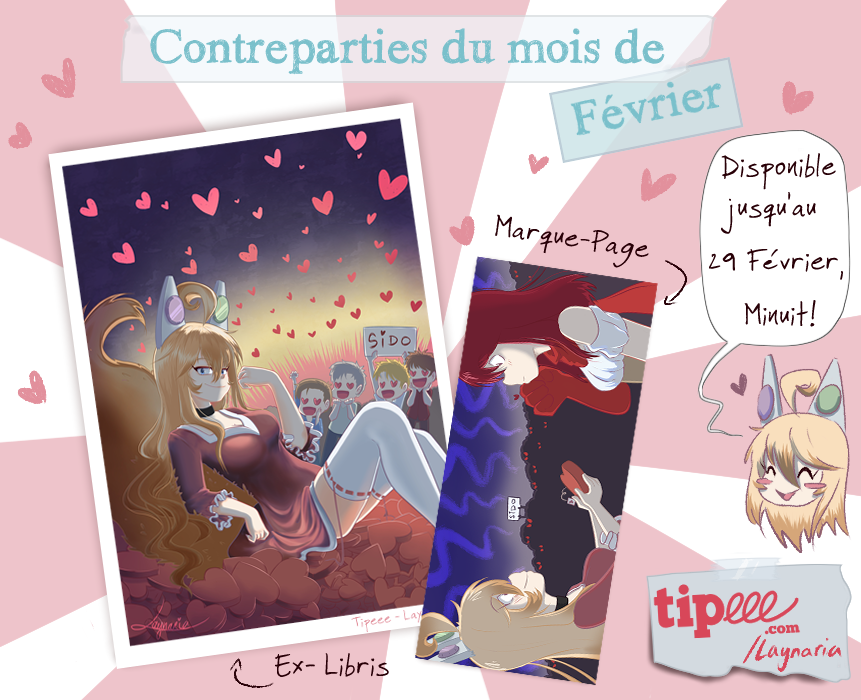