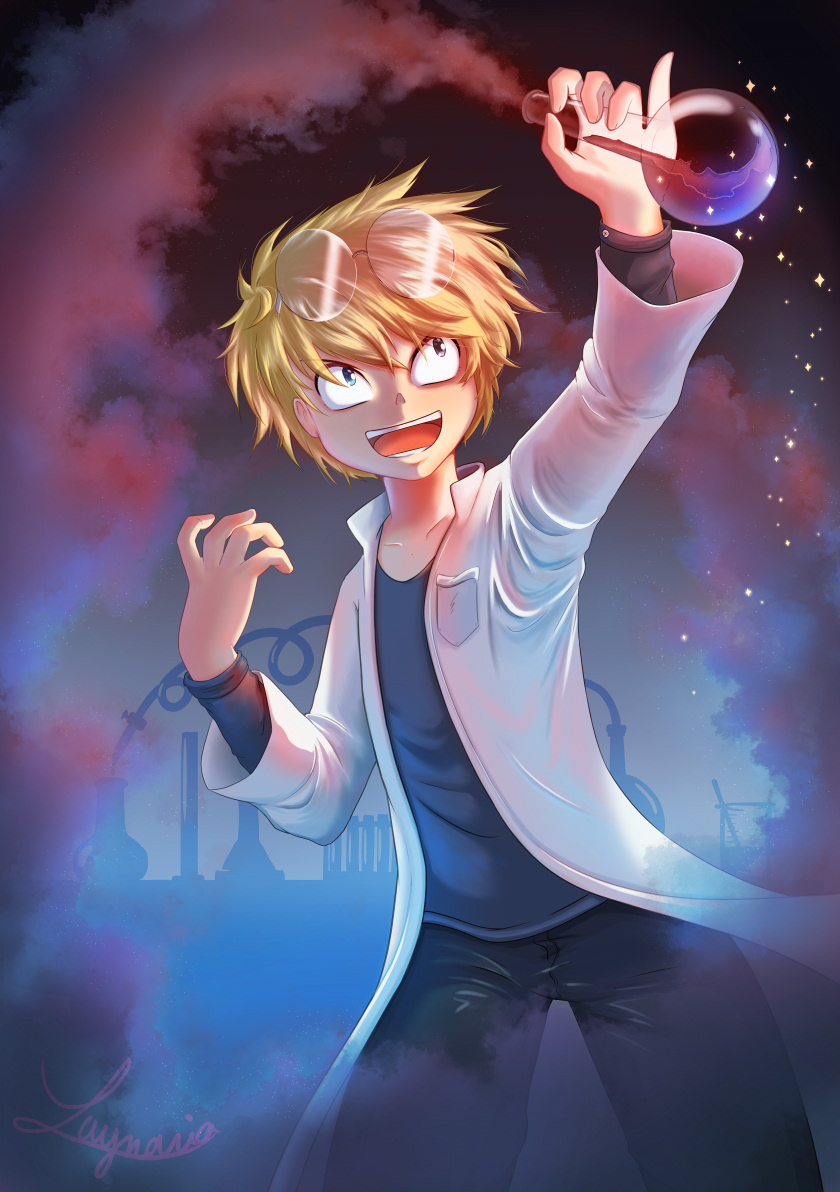 Aria: That’s it! Our lovely scientist finally succeeded brilliantly one of his experiments! It’s been a long time he boned up on it… You will know more during the bookmark release! 😀

Layne: Once again an illustration with Layne in the spotlight? What is happening to Aria this year?! Is she trying to balance the number of Layne’s Illustrations with Aria’s ones? Most likely not! :p In any case, this Dr Frankenlayne is beautiful, ain’t he? :p

As always, this month’s Ex-Libris can be ordered as printed version on Tipeee‘s page until Midnight, November 30! It will come with its sidekick : the bookmark, which will be revealed before the end of the month! :3 (The whole is naturally printed on quality paper ;P)