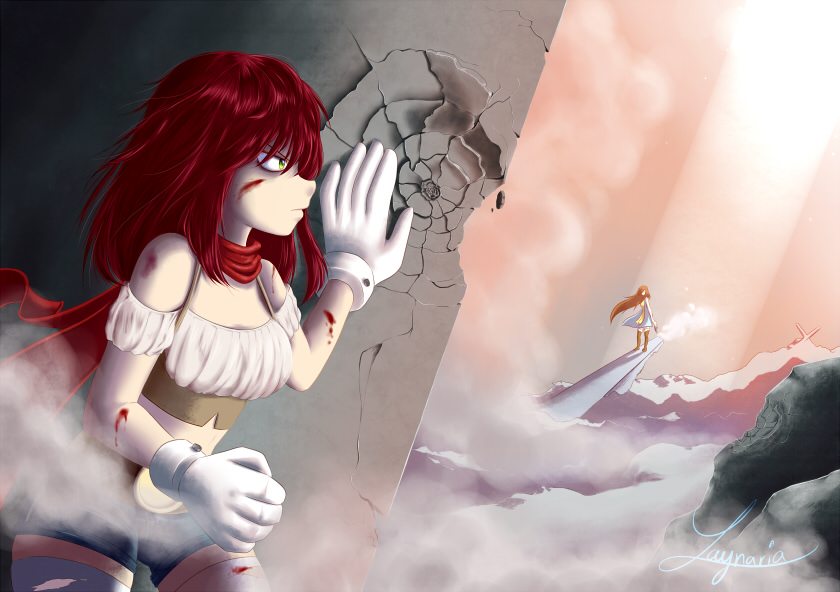 Aria: B-BUT!! Who is this character in the background?! Ally or foe? Mystery mystery!

Anyway this illustration is a lot different from what I had in mind, but I’m still satisfied of its result! I hope it will be the same for you all! \o/

Layne: Some badassitude in this beginning of year! Because at some point, you have to stop showing only cute things even more with the incoming/upcoming return of Ré-Incarnat°! 😛 Anyway, we can say that it’s a real “Momo’s Battle”. X)

As always, this month’s Ex-Libris can be ordered as printed version on Tipeee‘s page until Midnight, January 31! It will come with its sidekick : the bookmark, which will be revealed before the end of the month! :3 (The whole is naturally printed on quality paper ;P)