Aria: Hello little croquettes! This month, another little astrological sign, and moreover it’s a man! A cute blondie with his beautiful giant conch 😀 I have to admit that at first I wanted to draw a woman, but changing habits a bit isn’t a bad thing :p We release this illustration a bit earlier this month (such a miracle!) because we’re gonna take a little pause for some weeks, once the bookmark is released, to get a bit of fresh hair. Feast your eyes and see you soon!

Layne: A man! A man which is not Layne! AND IN MONTHLY ILLUSTRATION TOO! Can you believe it? It’s a first! Even if it’s a blondie again this time, since we felt like it was the best hair colour to match this underwater atmosphere :3 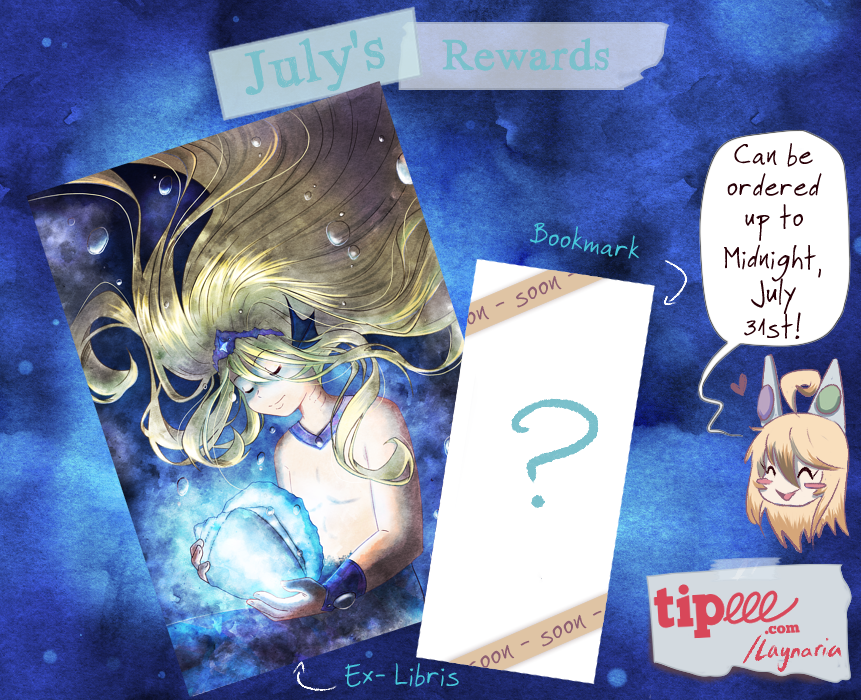