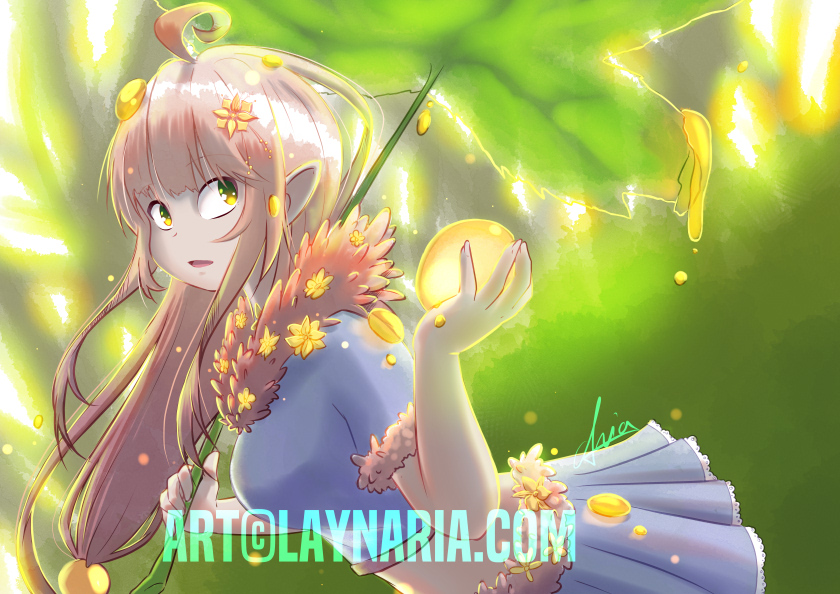 Aria: A full in colour illustration this week! Some little tests were also done, even if the background is pretty simple, it’s particularly efficient I think. :p

Layne: Monday’s illustration was already ready yesterday, but because of my tardiness it’s only getting released today. I sincerely apologize for that.
Anyway, I like it a lot! And me who normally have some problems with blurs, I find it particularly pretty in this illustration. :3 And those syrup drops, I love them!