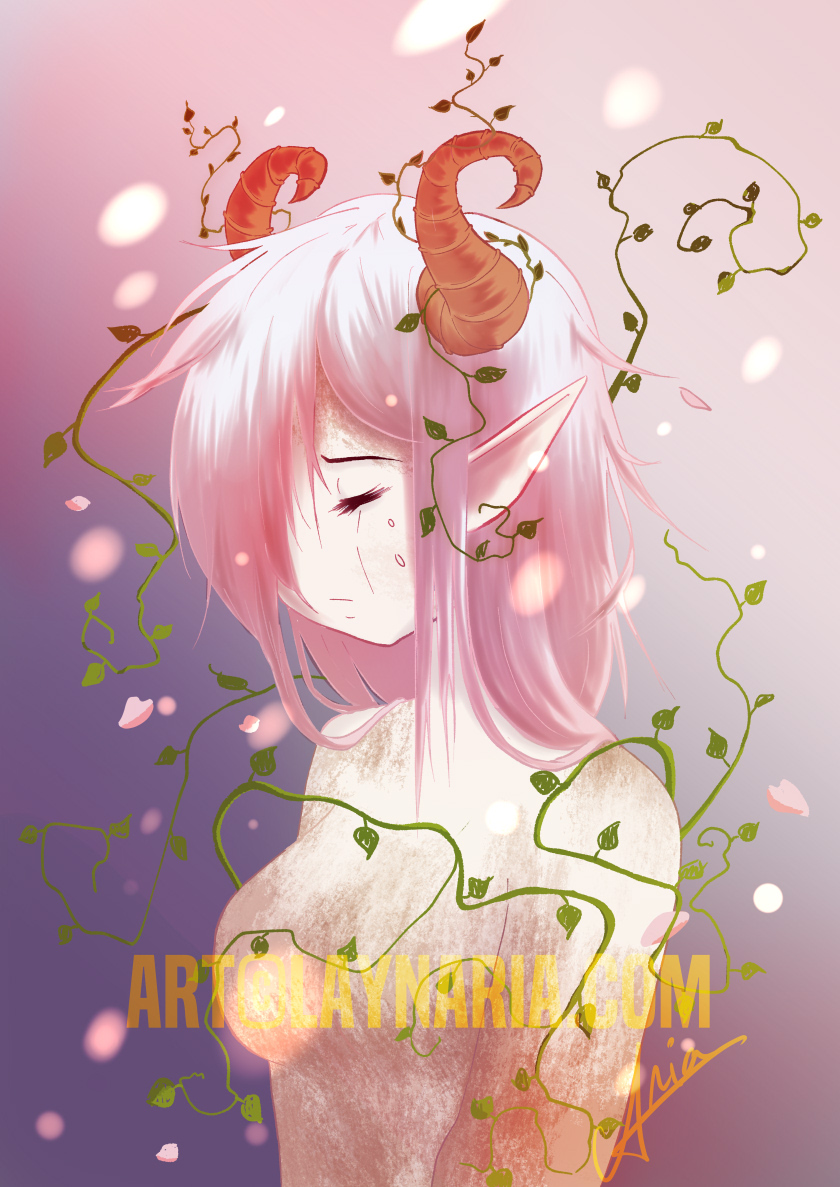 Aria: Well… It’s not the best illu of the world, but well… Those who will get access to our timelapses will see how I struggled for some elements! But sometimes simplicity is better. :3

Layne: Personally I like this illustration. Even if I liked even more the basic idea Aria had. (People who have access to its timelapse will understand). Also on the side, she’s preparing a monthly illustration with a really different details than she normally does. :3 I like a lot the wood-skin texture she used, which make it a good balance between wood and skin. ^^

Apart from that, strip wise I finally more or less found the guideline for Unexpect Guest part 6. And hopefully, this last part shouldn’t go higher than 5-6 pages finally.

We’re also currently receiving February’s print, and will order March one in the next days. ^^ We’ll tell the tippers beforehand like always when all the mails will have been sent. Since with the current condition, we have to adapt a bit. :3