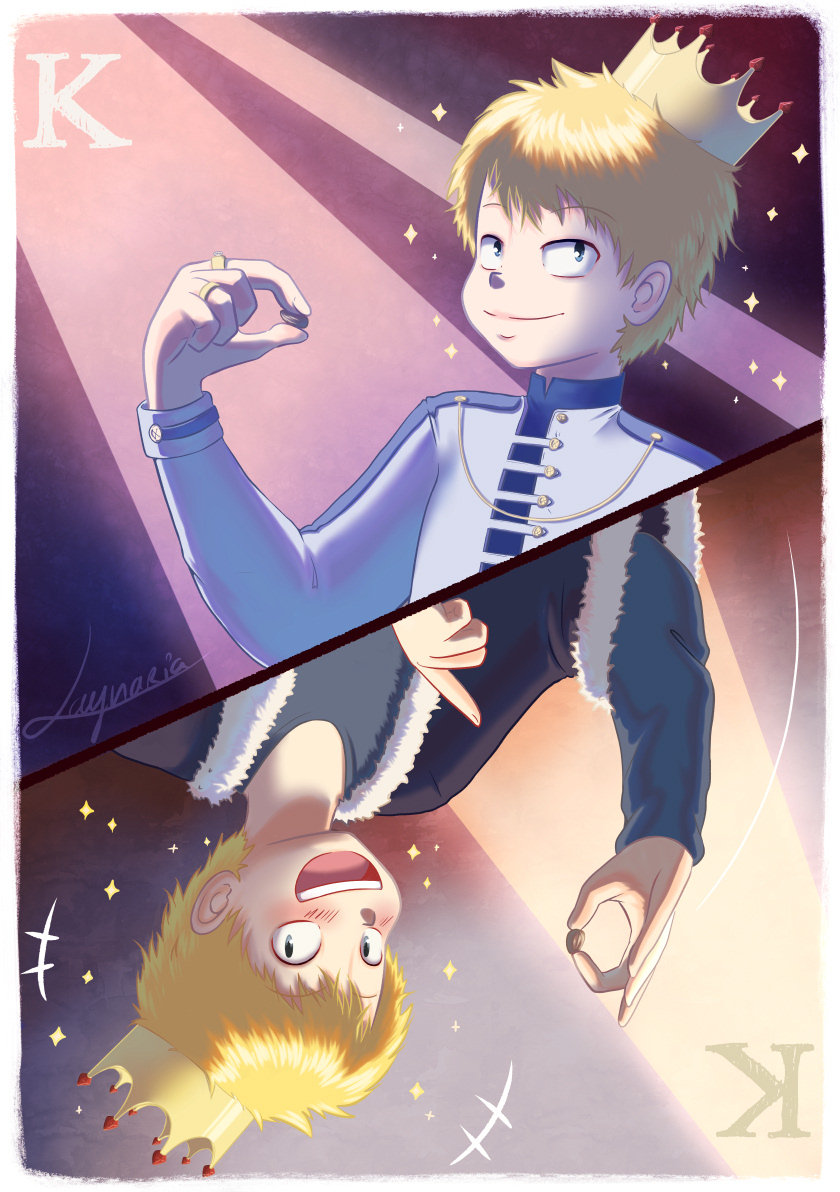 Aria: Hello! This month I chose to immortalize a memorable moment of this month, it was my first time doing a homemade “Galette des Rois”, and as the bean we used an almond, I found it funny to be able to be able to eat it. :p

Layne: What a surprise it was to find the first bean of this year! Even more when it’s edible! / o / It didn’t last long though, poor almonds. So this month I’m the king of this year, Mwah ah ah ah ah!

Apart from that, some various info:
– Second strip of the month will be released next week.
– We’re still waiting to receive all prints of the month, and we should send at least one month of reward on next week. 🙂
– Bookmark will also be for next week, obviously.
– Same for our Step by Step and Timelapses of this month. ^^

As always, this month’s Ex-Libris can be ordered as printed version on Tipeee‘s page until Midnight, January 31! It will come with its sidekick : the bookmark, which will be revealed before the end of the month! :3 (The whole is naturally printed on quality paper ;P)