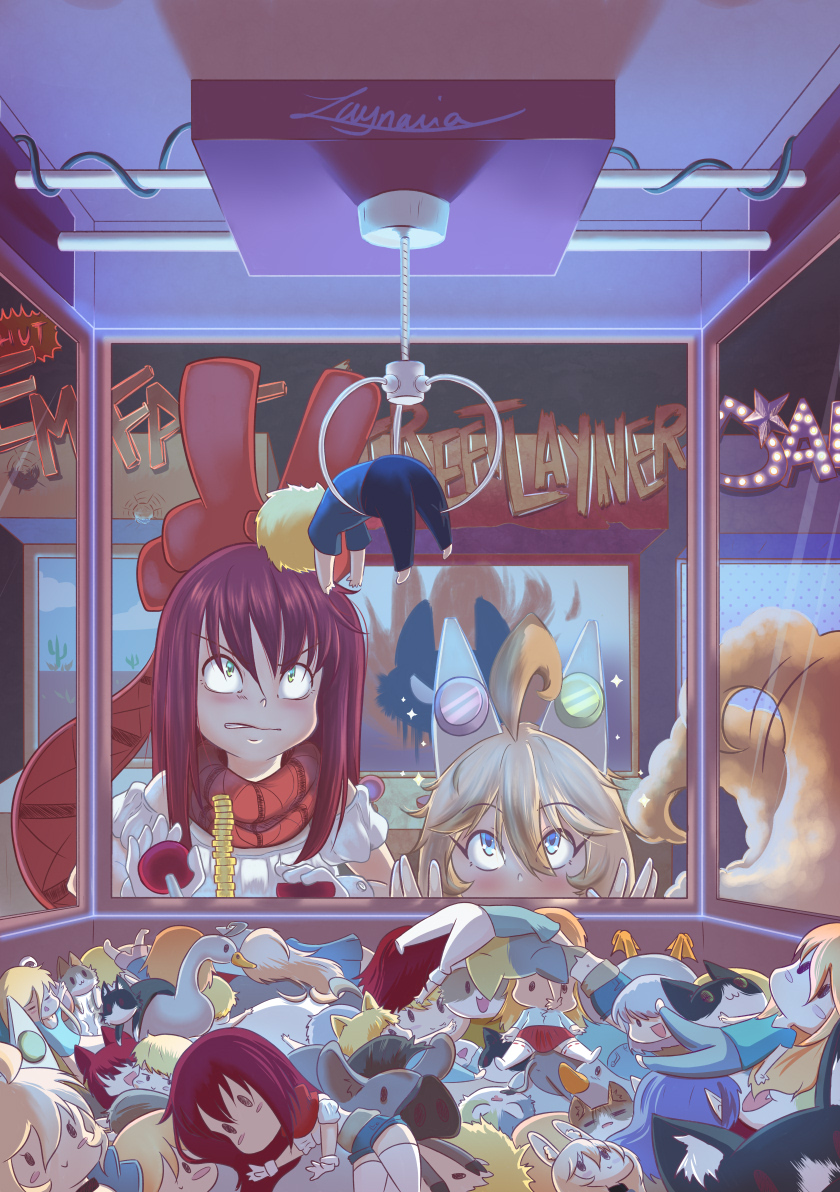 Aria: This month, we mix up a bit our worlds! And apparently Sido got a crush on the reward that Momo is trying to get. 😀
I’d also like to have such a cute plush… ;A;

Layne: Poor Momo, that many gold coins doesn’t augur something good for her… The follow-up of that scene in the future bookmark! :p

As always, this month’s Ex-Libris can be ordered as printed version on Tipeee‘s page until Midnight, September 30! It will come with its sidekick : the bookmark, which will be revealed before the end of the month! :3 (The whole is naturally printed on quality paper ;P)