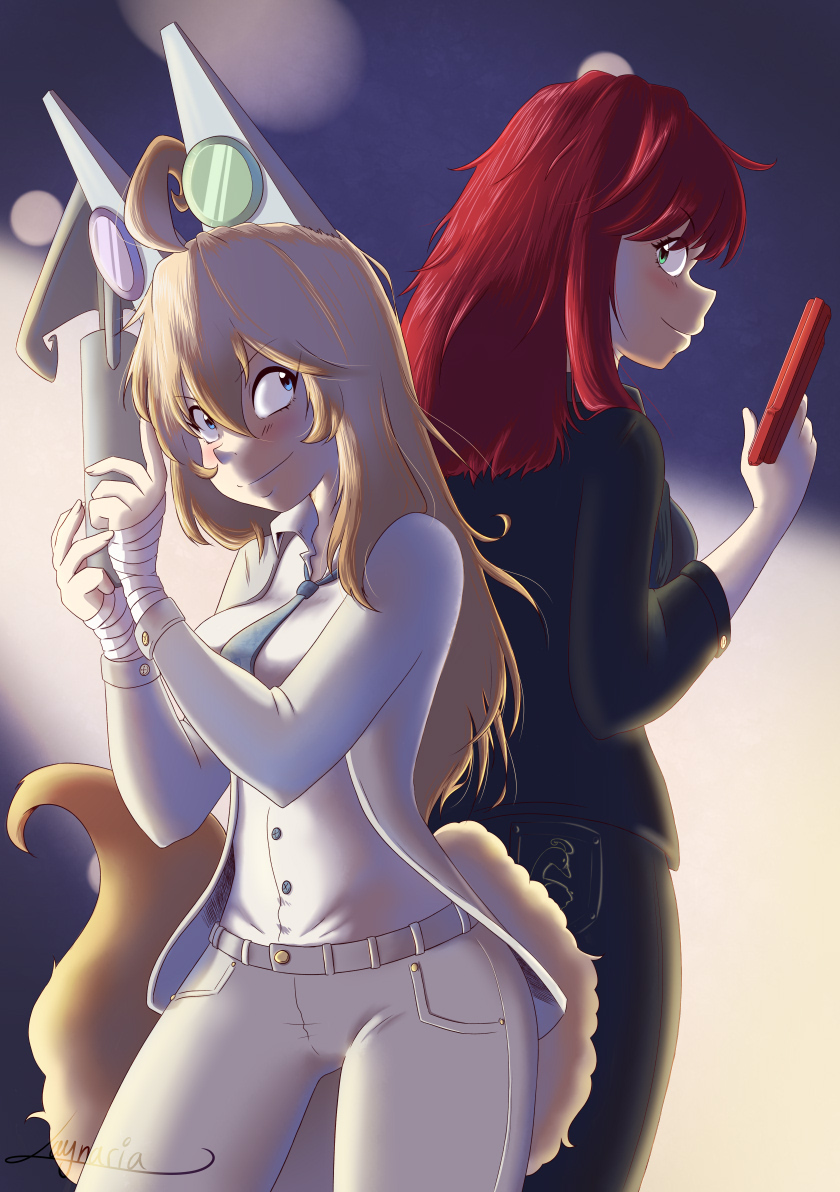 Aria: And here comes the dynamic dream team of this month! Fully equipped and armed, they’re gonna bring down the house!! \o/ Don’t miss the occasion to get the boss and her right-hand man of the Squoose Gang!

Layne: This month, once again the basic idea comes from me. I don’t remember in which circumstances, but I just remember that I wanted our two Ré-Incarnat°’s heroines to be in suits, with a mafia style. And the result after hours and hours of work is once again top notch thanks to Aria!
But know one thing, I got had! Now miss Aria want us to print this with a metal effect! Is that the scourge of June? Since last year it was June’s illustration that we did with metal effect! O.O

As always, this month’s Ex-Libris can be ordered as printed version on Tipeee‘s page until Midnight, June 30! It will come with its sidekick : the bookmark, which will be revealed before the end of the month! :3 (The whole is naturally printed on quality paper ;P)