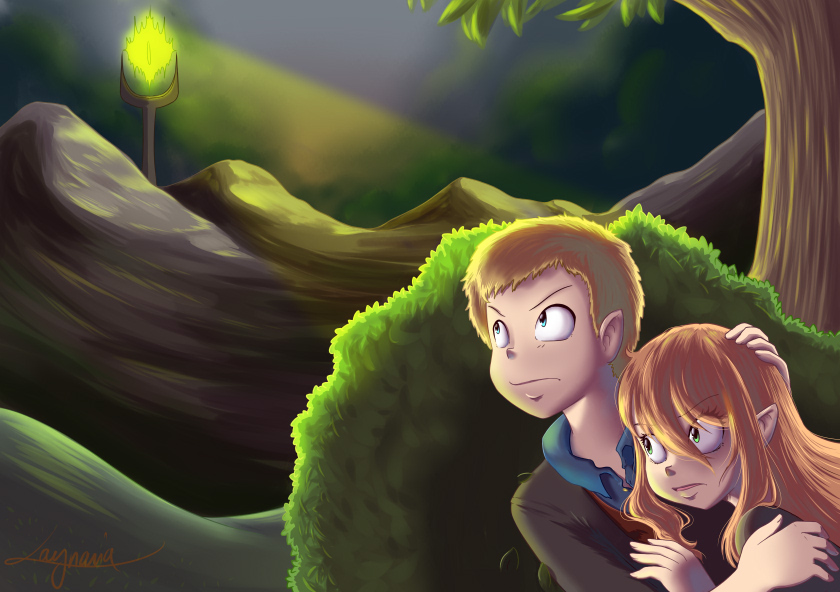 Become Tipper and order this illustration’s Ex-Libris!
Available until Midnight, May 31.

Layne: After multiple difficulties, this illustration is finally released! >.< I can assure you that it was hell to have to start from scratch with the corrupted filed. Aria is still unsatisfied of this illustration, but doesn’t really know why. Maybe we should have add more details on the background, but it’s kinda hard to give this “dead lands” effect, even more when they’re far away. Maybe we would have need one or two more days to overcome that, but time was missing sadly. ^^ But at least I like this illustration a lot myself, even with those little questions of “what could we have done better”?

For “Bol Édulcoré” tippers and above, you will find the timelapses article in a second article. ^^ And for everyone if you missed it, yesterday we released two articles: Bookmark article, and its timelapse on a second one. :3

As always, this month’s Ex-Libris can be ordered as printed version on Tipeee‘s page until Midnight, May 31! It will come with its sidekick : the bookmark, which will be revealed before the end of the month! :3 (The whole is naturally printed on quality paper ;P)