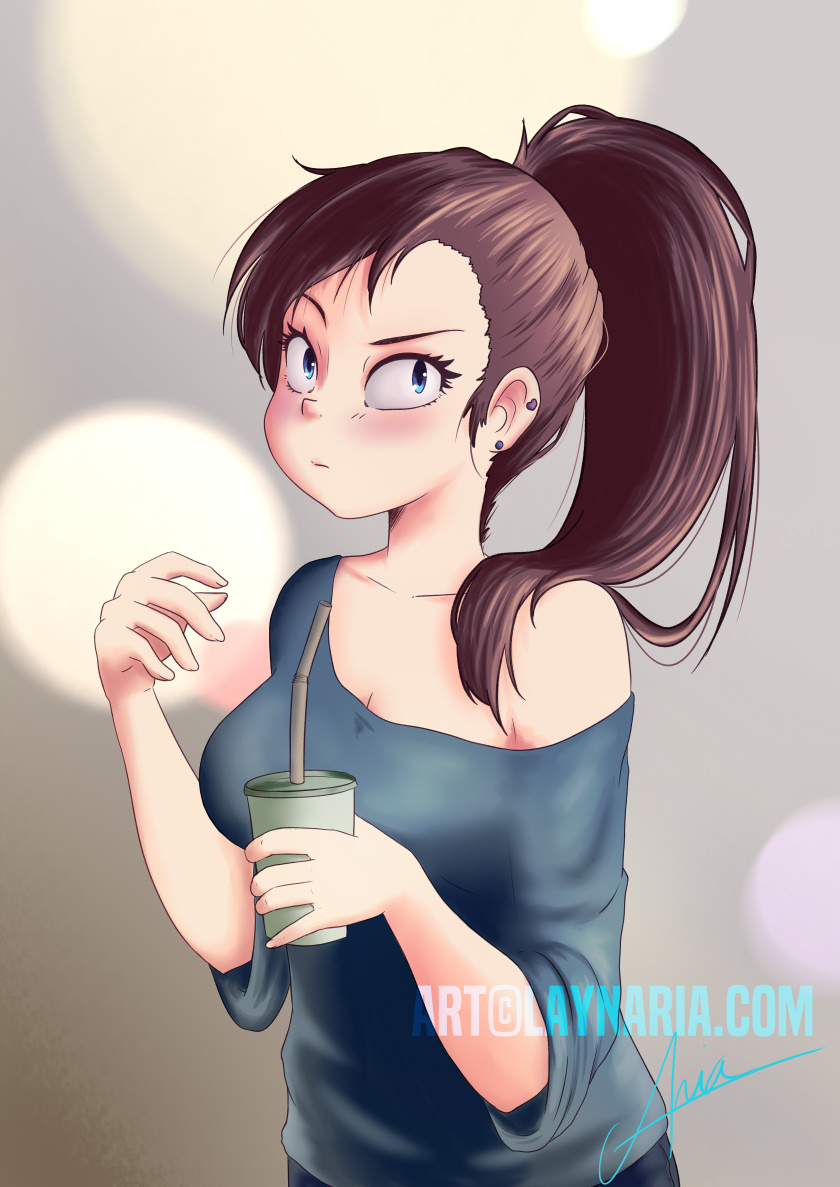 Aria: Woah… on Layne’s screen, colours are much blander… >__< but that doesn’t remove anything to her charm hopefully. For the record, the draft had a little look of Layne based on some discord readers, it was disturbing!!

Layne: How come a little look of Layne?! Where?! I defy you to find it now that it’s coloured! 😉