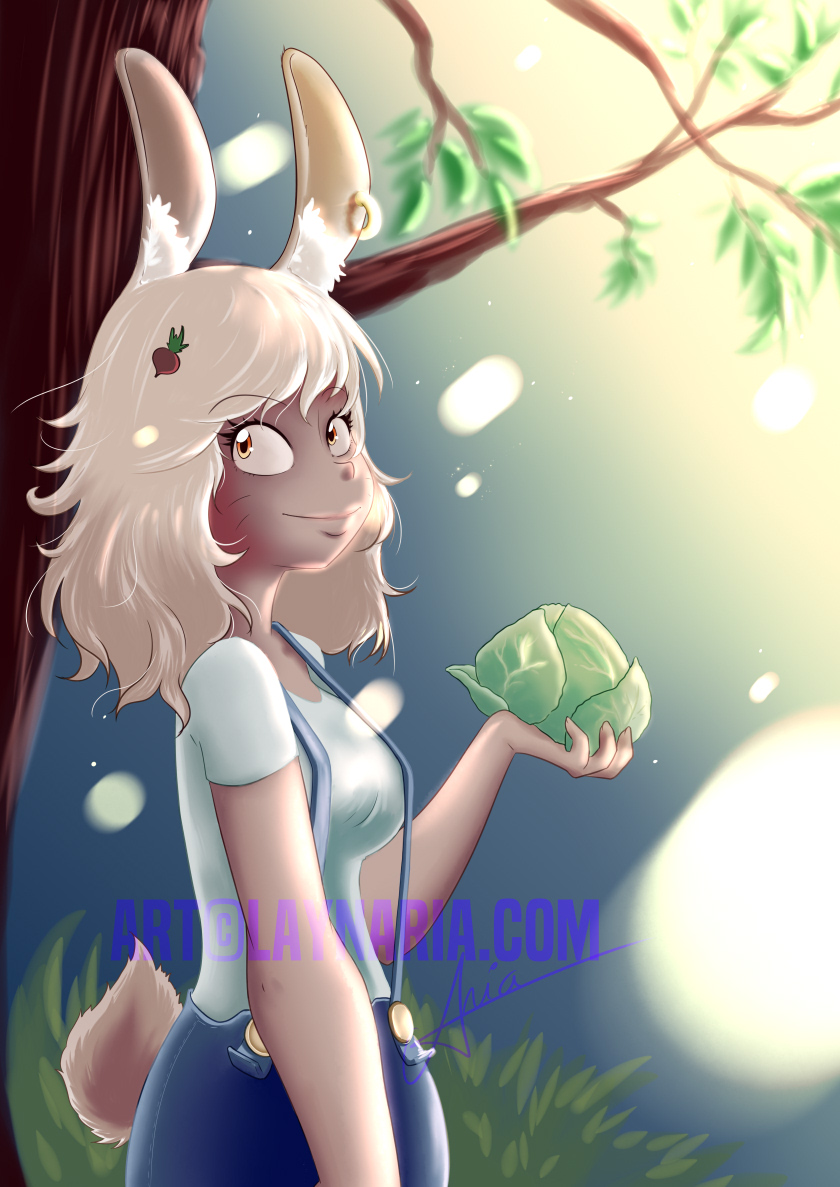 Aria: Hey! For this Monday illustration, I mixed an old (usage girl) and fresh idea (a more thick morphology), since it’s kind of new, there are clearly upgrades to do! >w<

Layne: The idea of putting beetroots and salads is from me! / o / Does that mean a juicy future awaits us? :p

Other than that, this month we’re not far from our 500€ objective on tipeee, which will unlock a bunch of new prizes in the tippers’ lottery! :3 Let’s see if we can achieve it! :p