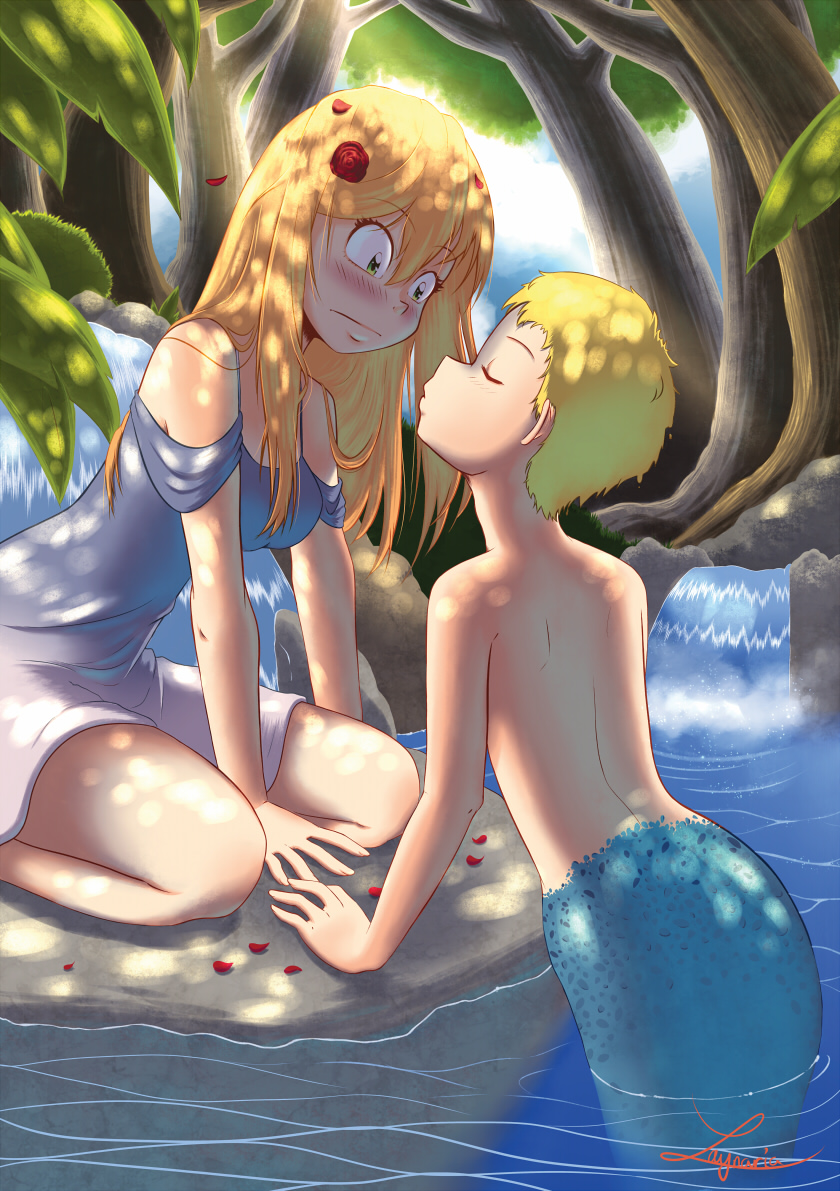 Aria: The basic idea of this month illustration was waaaaaaaaaay different than that… =w= Hopefully Layne had this cute idea instead, but don’t worry the original idea will be done soon. ^^ Until then, enjoy this shy Aria confronted with a Layne hungry for smooches!

Layne: What do you mean a Layne carving for kisses?! I only said that it would be fun to have a “merman” Layne instead of a mermaid Aria! Once again, Aria shamelessly turns away my cute and innocent little ideas! (I swear!)

As always, this month’s Ex-Libris can be ordered as printed version on Tipeee‘s page until Midnight, March 31! It will come with its sidekick : the bookmark, which will be revealed before the end of the month! :3 (The whole is naturally printed on quality paper ;P)

PS: Bookmark’s visual will be released this week-end. ^^