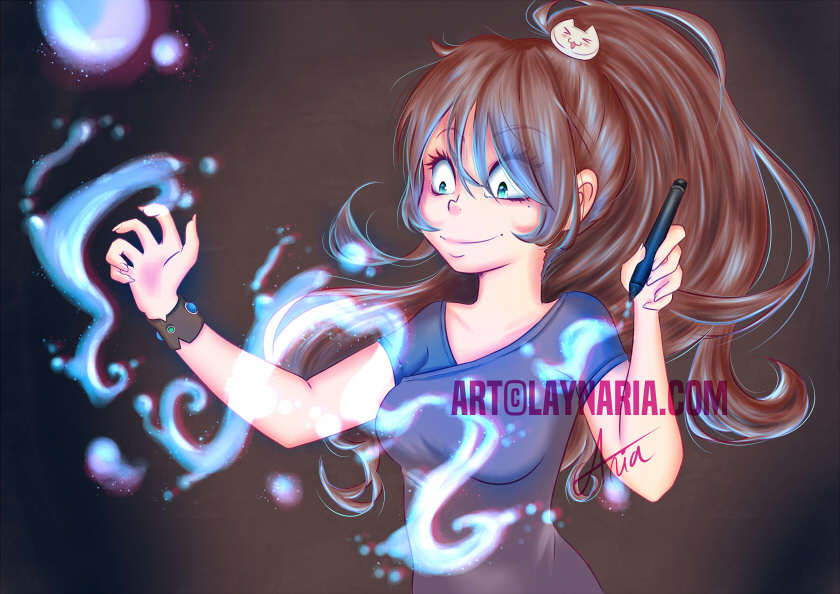 Aria: Tonight, here comes a more simple illustration compared to last week, at least I had a harder time on Coffee than on this one. c: To be honest, I had no idea what to do when scribble time had come, I hope that she’s still a feast to your eyes. ^^ That was also a slight challenge to draw the hands, a little more complex than those that I do usually, we have to overcome our limits! \o/

Layne: A cute little illustration which makes me think of a Fire Emblem heroine that I like a lot : Lyn. The funniest is that Aria didn’t know that character at all and she nearly deleted this illustration just in case when I said that. Hopefully I made her STOP! 😛