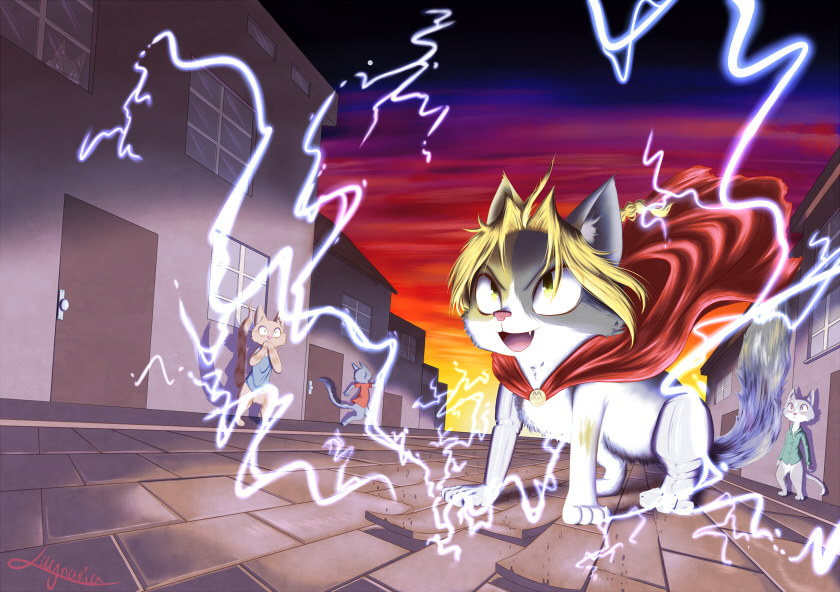 Become Tipper and order this illustration!
Available until Midnight, October 31.

Aria: This month was a little challenge, since we never put our cats in the spotlight… But now that’s done! \ o /

The second thorn in the flesh was THE PERSPECTIVEEEEE!! But it kinda looks good, compared to what I thought!!

Also regarding to this illustration’s composition, I chose to let some spots breath, while overcharging some other. c: Anyway, I hope there is love at first between you and this uncommon Mikette. 😀

Layne: The idea of this illustration came up nearly one year ago! Obviously, we also want to put this idea into a strip one day or another : the Full Croquette Alchemist! We’ll see if we finish this strip this month or later, will depends of our mood. :3 Anyway, we hope you’ll like this theme, we only have to do the bookmark also now. :p

Ps: We already know what we want to do for that one. :p