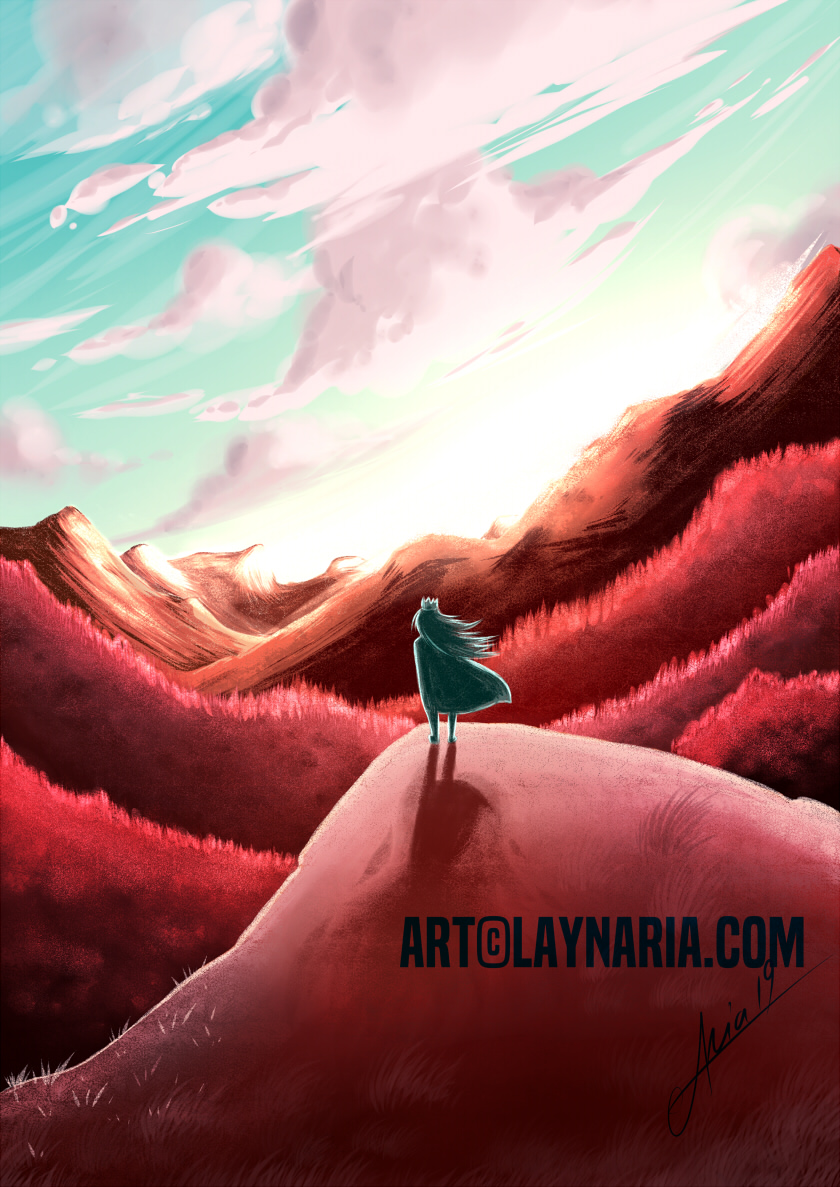 Aria: Hey hey! Here comes the first illustration of this year! I will try to do more background now, i’m kinda too lazy on that most of the time, and I hate perspective. o/
Anyway, today I kinda did a freestyle and result is rather satisfying, a new texture brush was tested and it’s how I like them! * – *

Our little cursed princess began her journey in the Scarlet/Crimson Woods, I will most likely give more details about her in one of the next Monday. ^^
Layne: A little princess how we like them, in a universe where curses and magic goes together. That’s kinda what this little illustration world inspire me.

Around that, we discovered today a new thing on tipeee: the possibility to support pages by looking at ads. I will pass on the details, but if every of our readers watched an ad each time a content is released, we could most likely live decently of our contents, which would be a big step forward for us! ^^ I will explain that more in details in a future update I think, at least it’s more or less announcing a bit of progress for us in the next months. :3

Ah and well… Happy new year to all! 😉