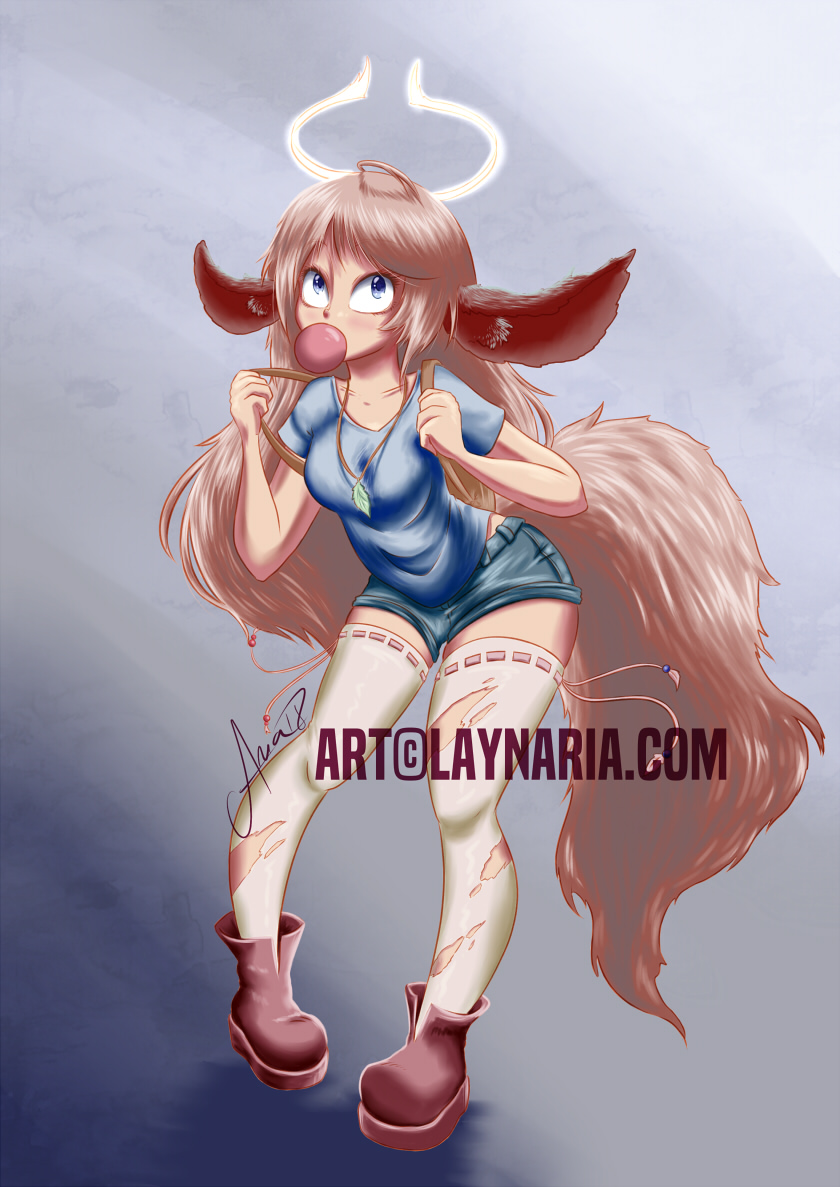 Aria: Tonight’s illustration is a slight test (textures, colours and also technic) while also being a charadesign test. 🙂 It was the first time I drew those ears, it was funny, but they are still cute. :3 They’re most likely in need of an upgrade though. xD

Anyway, this Full Body felt really good to me, it’s been a while, and I kinda want to do more now. ^^

Layne: A fourth timelapse which fall on me! So I have two more videos to upload before tomorrow! ToT Normally they are released on Wednesday but that doesn’t give much time to get the password on tipeee to unlock them. Anyway, is that me or she has big ears? :p

We’re also gonna work our ass on the bookmark, to maybe finish it before tomorrow evening, we’ll see if we can do that. ^^