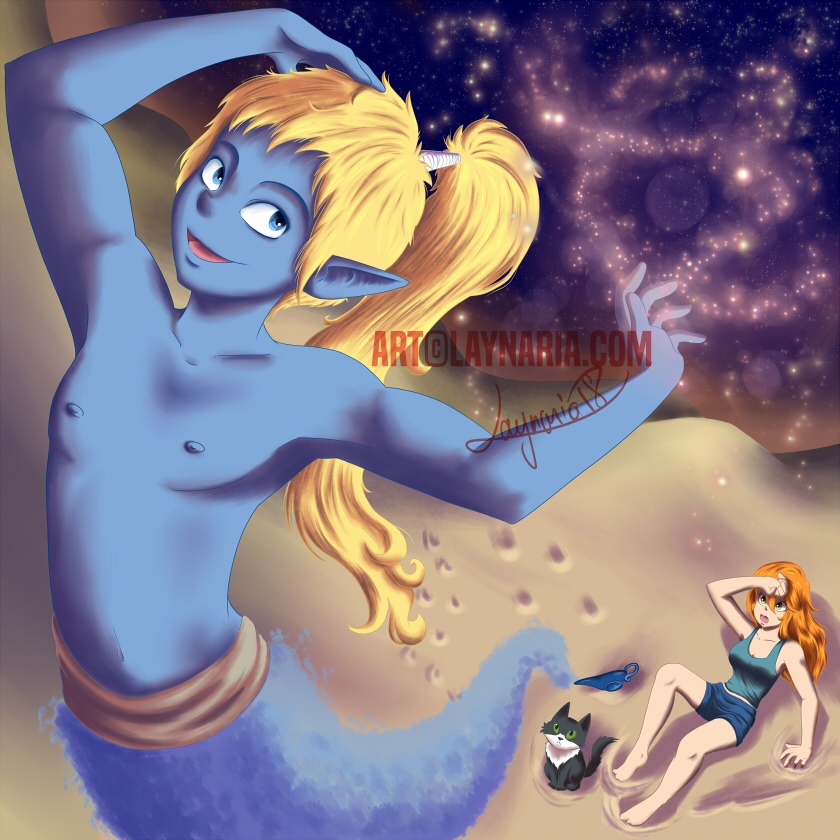 Aria: Really happy of the result! Still some progress to achieve around the “cloudy” texture of the genie though.

Layne: Genie Layne… It’s been a while that we had this idea, so this month, we decided to put him in the spotlight as we wanted: a Strip + a Monthly Print! :3

Quick reminder: This Illustration is available for tippers of rank Écuelle Abondante and more. Also, there is at least one print to win in Tipeee’s lottery!